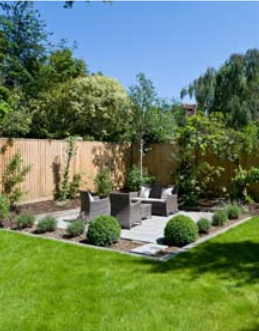 Indigo Development specialise in high quality new build and refurbishment works. Here they tell us about their award-winning project in Wimbledon

West Wimbledon has long been a desirable area for families but, as areas become more populated, finding a family home that gives you the space you need, in the right location, when most homes were built in the late Victorian and Edwardian periods can be challenging.

Indigo Development purchased a plot of land on Drax Avenue, through Hawes and Co, and appointed Malone Architecture and built the perfect home for the modern family, which led to an award for the best individual dwelling at this year’s Local Authority and Building Control (LABCs), London Building Excellence Awards.

‘Team work was key to winning,’ said Keith Malone from Malone Architecture. ‘I was inspired by the challenge of creating a home that not only addressed the desire of families for open-plan living, but would be in keeping with the Edwardian and 1930s architecture of West Wimbledon, and was empathetic to the local conservation areas of the Wimbledon area.’

The house is built to Sustainable Homes Code 4 standard, which incorporates a high level of insulation and air tightness throughout with renewable energy and water recycling. There are photovoltaic (solar) panels on the roof, which generate electricity and a rainwater harvesting tank under the garden.

Martin Down from Indigo Development said: ‘We are incredibly proud to have won the award from the LABC, but are most proud to see the house become a home and see the pleasure the family living there gain from it.’

The house now belongs to Mr and Mrs Schartner who have three young children and have been living there since January 2013. They had been looking for a home that combined open space and minimal interior design with the traditional look and feel of the area on the outside. ‘The quality of the finish as well as the design of the house are exceptional. Also, the level of service from Indigo Development is first class.’

LABC Chief Executive Paul Everall said: ‘This home is a fantastic example of traditionally styled, yet modern, home built in an extremely sustainable way that exceeds standards. The cooperation between Merton [Council]’s building control team and the developer made for a smooth trouble free build and a very high quality finished home.’